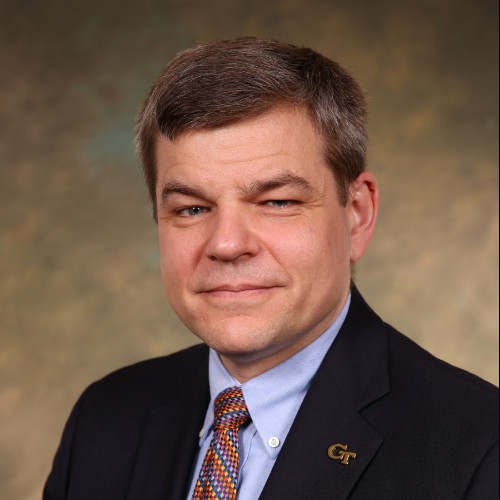 Thomas Kurfess is the Chief Manufacturing Officer for Oak Ridge National Laboratory (ORNL). In this position he is responsible for the strategic planning for advanced manufacturing at ORNL. His research focuses on the design and development of advanced systems by rapidly developing, scaling and integrating new technologies into production operations. Kurfess has significant experience in production operations, manufacturing systems and policy issues related to advanced manufacturing. He began his academic career at Carnegie Mellon University where he rose to the rank of Associate Professor. In 1994, he moved to the Georgia Institute of Technology where he rose to the rank of Professor in the George W. Woodruff School of Mechanical Engineering. In 2005, he was named Professor and BMW Chair of Manufacturing in the Department of Mechanical Engineering at Clemson University’s International Center for Automotive Research. In 2012, he returned to Georgia Tech as a Professor of Mechanical Engineering and the HUSCO/Ramirez Distinguished Chair in Fluid Power and Motion Control. During 2012-2013, Kurfess was on leave serving as the Assistant Director for Advanced Manufacturing at the Office of Science and Technology Policy in the Executive Office of the President of the United States of America. In this position, he had responsibility for engaging the federal sector and the greater scientific community to identify possible areas for policy actions related to manufacturing. He is Past President of the Society of Manufacturing Engineers (SME). He is currently serving on the Board of Governors for the American Society of Mechanical Engineers (ASME), the Board of director for SME, the Board of Director for the National Center for Defense Manufacturing and Machining (NCDMM), the National Center for Manufacturing Sciences (NCMS), the Board of Trustees for the MT Connect Institute, and he Executive Committee of MxD (formerly the Digital Design and Manufacturing Innovation Institute). He has received numerous awards including a National Science Foundation (NSF) Young Investigator Award, an NSF Presidential Faculty Fellowship Award, the ASME Pi Tau Sigma Award, SME Young Manufacturing Engineer of the Year Award, the ASME Blackall Machine Tool and Gage Award, the ASME Gustus L. Larson Award, an ASME Swanson Federal Award, and the SME Education Award. Kurfess is a Fellow of the AAAS, ASME, and SME. He earned his PhD, SM and SB in mechanical engineering, and an SM in Electrical Engineering and Computer Science from the Massachusetts Institute of Technology.