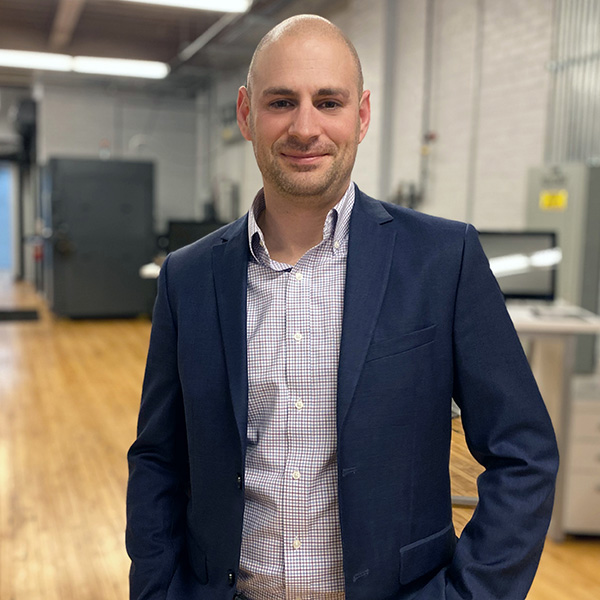 Andrew joined NCDMM in February 2020 as the America Makes Communications & Public Affairs Director. In this capacity, Andrew will lead and manage strategic activities and opportunities that will further cultivate America Makes’ role as a convener, coordinator, and catalyzer within its membership community, the AM industry, and government stakeholders. He works closely with the entire America Makes leadership team.

Prior to joining America Makes, Andrew served as a managing director at the public affairs firm Five Corners Strategies in Washington, D.C. In this role, he led day-to-day operations and served as the lead strategist for clients, responsible for developing and implementing multi-dimensional public affairs campaigns. Previously, Andrew was the director of public affairs for the Corn Refiners Association (CRA), the national trade association of the U.S. corn wet milling industry, where he oversaw a $70 million national issue campaign, as well as managing the association’s advocacy and communications activities. He also served as the government relations director for Inova Health Systems in Falls Church, Va., and brings a broad background in campaign politics, serving as a campaign manager and consultant for U.S. Senate, U.S. House, and state legislative campaigns.

Andrew earned a Bachelor of Arts in International Studies from the American University and a Master of Arts in Government / Political Communications from John Hopkins University.